Carrying a gun in your car in Florida

The general rule is that Florida does not permit a person to openly carry a firearm on or about their person. (Fla. Stat. 790.053). The firearm actually has to be concealed while in public, and a person must be licensed to carry a concealed weapon or firearm in public. Such licenses last for seven years from the date they are issued. The person licensed must have the license and their identification on them whenever they are carrying their weapon or firearm in public. It is legal to briefly show the gun to another person in public, as long as you have a concealed weapons license and you are not showing the gun in a threatening manner. (Fla. Stat. 790.053).

There are several exceptions to this general rule against the open carrying of firearms, which are outlined in 790.25 of the Florida Statutes. These exceptions include but are not limited to carrying a firearm while going to or from a hunting or fishing expedition, or to use a gun at a shooting range, carrying a gun in your own home or place of business, and openly displaying a gun in order to defend yourself.

Another exception is while inside a private vehicle. For one, a gun can be openly displayed in a person's vehicle without violating the law. Having a gun on the passenger seat, on the passenger floorboard, on the dash, or on a mounted gunrack is legal. BUT it has to be securely encased. A holster or gun rack may satisfy the "securely encased" requirement while also leaving the gun visible to others.

Thus, Florida law is offended by the unlicensed, concealed possession of a firearm. A person can be charged with carrying a concealed firearm (without a license to do so).

Why is it legal to have a gun laying out in a car visible to the public, but not not legal to cover it up? The legal distinction is "designed to prevent a person with a weapon from 'taking some undue advantage over an unsuspecting adversary, who is not aware that the person is carrying a weapon." Dorelus v. State, 747 So. 2d 368 (Fla. 1999), citing Sutton v. State, 12 Fla. 135 (Fla. 1867).

However, there is an exception where the person is in their own private vehicle (conveyance). (Fla. Stat. 790.25). This private conveyance exception applies only when the gun is not carried "on the person" and only in certain circumstances. An unlicensed person cannot have a gun attached to their body while they are in their vehicle. But a gun can be kept concealed in a secure location inside the vehicle under certain circumstances.

Whether a particular case falls under this exception can get very complicated and consulting with an attorney  about your specific situation is best. What I offer in this post is not legal advice, but rather my interpretation of the current state of the law, which could change at any time. 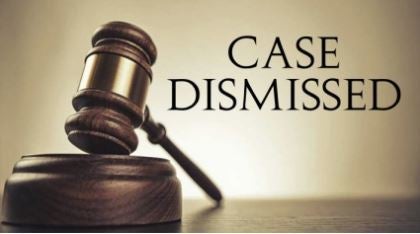 For the private conveyance exception to apply, the law requires the gun be either (1) "securely encased" or (2) "otherwise not readily accessible for immediate use."

The idea is that the person does not have the weapon or firearm so close to them that it "readily accessible for immediate use." This ensures that a person has some separation from the gun while inside their vehicle, requiring some extra step(s) between them picking it up and shooting it.

When this private conveyance exception applies, a person who is charged with the crime of carrying a concealed firearm is entitled to have their charge dismissed by the court. The pertinent facts of the case have to be undisputed in order for the case to be dismissed. For example, if the police officer says the gun was not in a gun case, but the gun owner says it was, the case would probably not be dismissed.

The private conveyance exception must "be liberally construed in favor of the lawful use, ownership, and possession of firearms and other weapons." (Fla. Stat. 790.25(5)). Thus, a person charged with the crime of carrying a concealed firearm gets the benefit of any the doubt about whether they acted lawfully.

However, some cases that seem like good candidates for the private conveyance exception may not actually fall under it. Even if the exception does not apply in a particular case, there still may be a winning argument that the person did not commit a crime--they just won't be entitled to automatic dismissal. 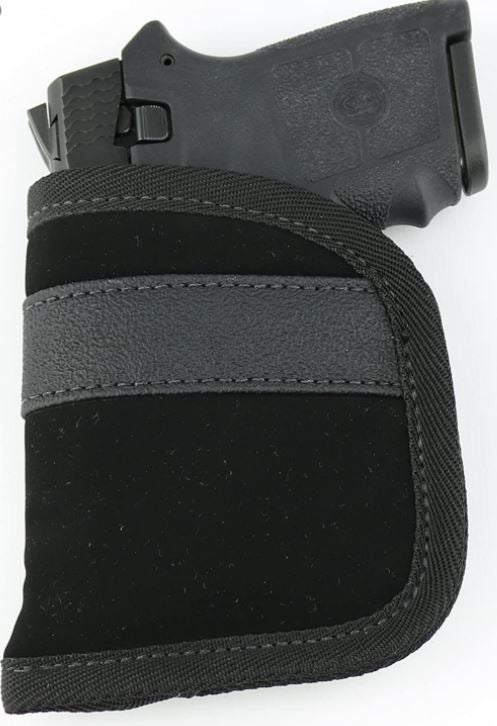 Pocket holster without a snap 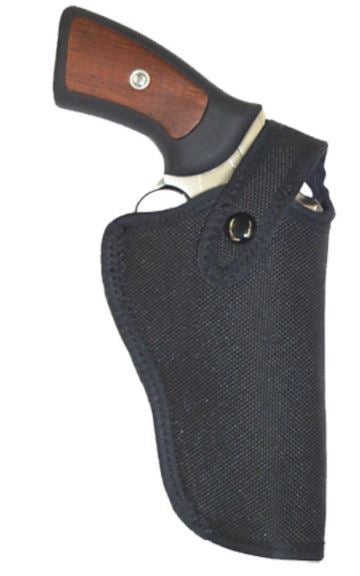 Holster with snap around the hammer

"Snapped in a holster," has a very specific meaning under Florida law. Merely being in a holster is not enough to be "securely encased." This language was added as the law became more specific to account for cases in which even a holster does not provide sufficient delay in accessing the gun to fire it.

The word "snapped" appears to mean "snapped around the hammer" of the gun. State v. Hanigan, 312 So. 2d 785 (Fla. 2d DCA 1985). A pocket holster like the one shown here lacks the measure of security that a hammer strap provides. Without a strap, a holster cannot serve as a case for the gun under the private conveyance exception. Thus, only a certain type of holster can be used to encase a gun under Florida law.

However, a gun in a pocket holster could still be a legal way to carry a concealed gun if the gun is far enough away from the person so it cannot be immediately accessed for firing.

Also, just because a person is not entitled to dismissal of their charge under the private conveyance exception does not mean they could not win their case. A person carrying their gun in a pocket holster in their vehicle has a fighting chance of a favorable outcome when charged with carrying a concealed firearm, even though a holster with a hammer snap would have been a better option in hindsight.

The private conveyance exception can apply to a person on a motorcycle. However, the gun must be in an interior compartment of the motorcycle, not carried on the person. Doughty v. State, 979 So. 2d 1048 (Fla. 4th DCA 2008)(gun in leather pack around motorcyclist's waist was not "securely encased.")

Otherwise Not Readily Accessible for Immediate Use

This is  a "catch-all" provision that would make it lawful for a person to have a gun in their car even if it is not "securely encased"--so long as the gun is either not close enough to the person or not ready to fire. Here are some situations that may come up:

Unloaded gun, no ammunition in the vehicle: This is a clear situation in which it is legal to carry a gun in your vehicle, no matter how or where the gun is found or kept inside the vehicle. A person charged with carrying a concealed firearm in this situation is entitled to a dismissal of the charges. Ashley v. State, 619 So. 2d 294 (Fla. 1993). 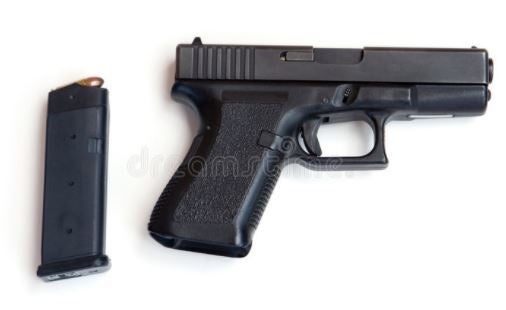 Ammunition is in the vehicle, but not loaded inside the gun: A person in this situation is not entitled to have their charges dismissed, but they may not be guilty of carrying a concealed firearm. The case would depend on how close the ammunition/loaded magazine is to the gun. If the ammunition is on the passenger seat and the gun is concealed on the passenger floorboard, the person could be found guilty of carrying a concealed firearm. Ashley v. State, 619 So. 2d 294 (Fla. 1993). Here are some situations and how Florida law handles them:

- Gun under driver seat, ammunition and loaded clip under passenger seat = NOT LEGAL because gun is readily accessible for immediate use. Ridley v. State, 621 So. 2d 409 (Fla. 1985).

- Unloaded gun between driver seat and center console with ammunition in the center console = LEGAL because gun is not readily accessible for immediate use. Weyant v. State, 990 So. 2d 675 (Fla. 2d DCA 2008).

-Unloaded gun under passenger seat with ammunition in the glove compartment = LEGAL because gun is not readily accessible for immediate use. Strikertaylor v. State, 997 So. 2d 488 (Fla. 2d DCA 2008).

Ms. Fore has been licensed to practice law in the State of Florida since 2009. She is a graduate of the University of South Carolina School of Law, where she tried and won her first case before a jury as a student of the Criminal Practice Clinic. She is also a graduate of the National Criminal De...

Thank you for contacting us. We will get back to you shortly.

Please complete all required fields below.

Text Mattie now!
Mattie Fore Law, LLC is a criminal defense practice which handles all types of felonies, misdemeanors, and traffic offenses in Florida state courts. Ms. Fore will devote the time and attention you and your case deserve in order to achieve the best result possible.